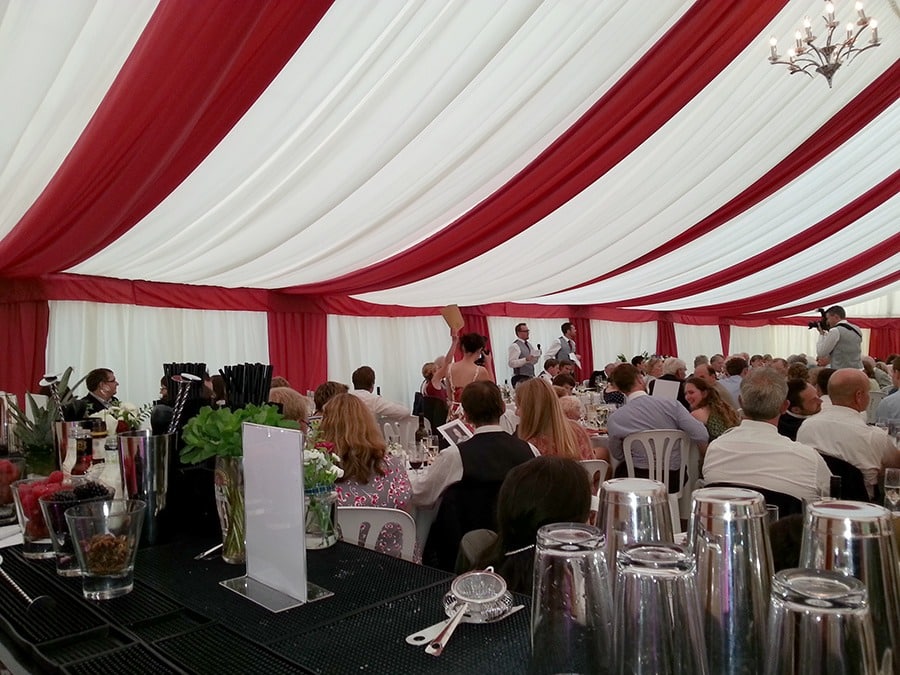 Two very good friends of ours, here at Exquisite Cocktails, recently took the plunge and decided to get married. Obviously we were delighted when we were asked to supply them with a cocktail bar at their wedding. Initially we were told, “We’ve invited around 300 hundred people but we’re pretty sure half of them won’t come.” Little did our bride know that nearly all of the guests would say yes.

We don’t mind though, in fact there’s nothing we love more than a good wedding. So, 280 people for post dinner drinks, a menu of 6 personalised cocktails hand-selected by the happy couple, and a second menu dedicated just to shooters, we had a feeling it was going to be a big one! Things were bound to get loose and they did not disappoint: the best man took it upon himself to lead the way, and was the first to fall, but he was swiftly followed by several others.  A great night was had by all, and by all accounts the hangovers were equally as memorable….