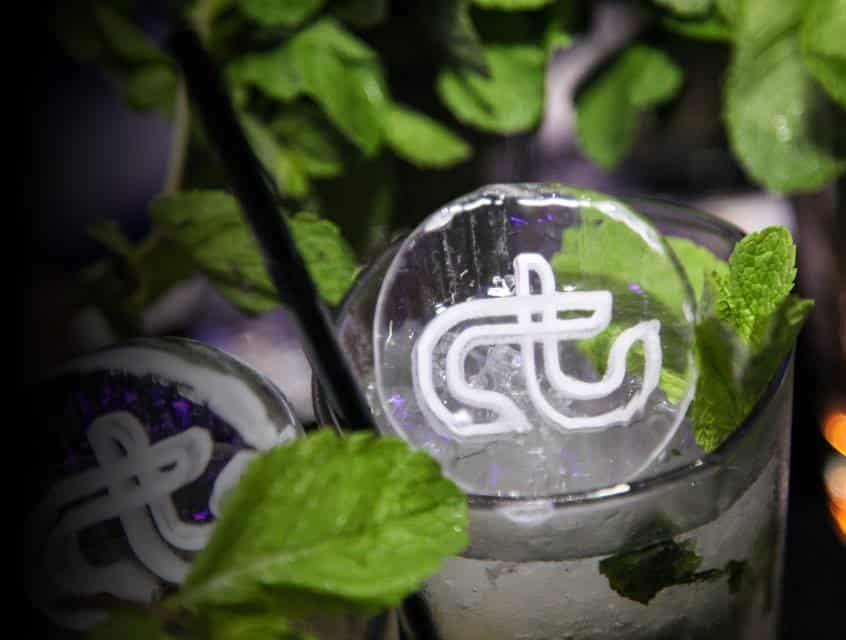 Chambers are one of the biggest corporate travel companies and we wanted to make their marketing reposition launch special, so we composed a menu of cocktails from around the world, pretty cliché? Maybe, but we turned some modern classics on their head. ‘Bramble jelly’ canapés took stage as our British contribution on the menu, along with a ‘Virgin Redhead’ and personalised ice cubes topped the ‘C.T Mojito’.

The event, held at the Ice Tank in Covent Garden, was split into two parts, designed to reflect the old and new branding of Chambers Travel. The guests arrived greeted with champagne, and no less than Veuve Cliquot: they were to drink this for an hour or so while the DJ played calm background music. This part of the evening was the old Chambers Travel, the brand that they had outgrown. Once the music stopped the speeches begun, explaining the rebrand and the new businesses that were incorporated as a part of it. The explanation was given and an electric violinist made her way through the crowd playing some rather more lively music than had been played initially: this was the cue for our flairers to start performing, and time to open the cocktail bar. The whole atmosphere had noticeably changed in an instant to one far more upbeat and excited much like the CEO’s aspirations for the company’s new identity.

Ably assisted by four lovely Virgin Cabin Crew we had been gifted as waitresses our bartenders served the guests drinks for the next two hours. They served everything from ‘CT Mojitos’ through to ‘Bubble Cosmopolitans’ with cranberry bubbles on the top, wowing the guests as they keenly propped up the bar.

The event ended at 9.30, at which point we were informed we had only an hour to clear up before the venue was to be cleaned for the next function. So we speedily packed up and made our way home satisfied that we had pleased all the guests we saw that evening.

Check out the video of some of our bartenders in action..